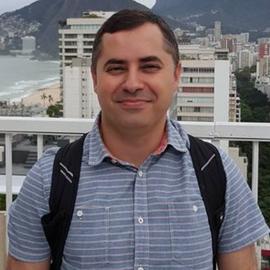 Cesar Marcondes is an adjunct professor at the Computer Science Division of ITA (Instituto Tecnológico de Aeronáutica) since 2018. Previously, he was a professor at the Federal University of São Carlos (UFSCar) for 10 years. He holds a bachelor’s degree from the State University of Londrina (UEL) and a master’s degree from the Federal University of Rio de Janeiro (UFRJ) in Informatics. Finally, he holds a PhD in Computer Science from the University of California at Los Angeles (UCLA). Between 2014 and 2015 he was a visiting professor at the Florida International University (FIU). Additionally, he has an Executive MBA in Business Analytics and Big Data from Fundação Getulio Vargas (FGV) in 2019. Marcondes has extensive experience in computer networks and computer security practice, with a focus on congestion control, BGP security, malware analysis, behavior-based intrusion Detection System (IDS), Software Defined Networks (SDN), networks experimental for future Internet, Machine Learning and Big Data for security, and general use of big data in business and geostatistics. He worked at Sun Microsystems in 2006 (currently ORACLE) and also worked as a developer on Google Summer of Code in 2005 and 2008. He has more than 30 high impact international publications and 10 patents from the United States Patent and Trademark Office (USPTO).